The Air Forces of Finland, Norway and Sweden will host multinational Arctic Challenge Exercise 2021 from 7 to 18 June 2021. The Arctic Challenge 21 has been scaled down from the original number of participants due to the coronavirus pandemic. 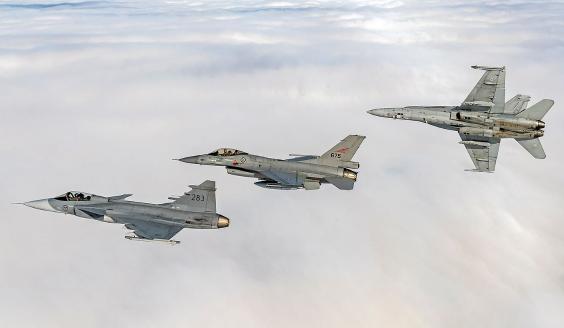 This year's Arctic Challenge Exercise (ACE 21) is the fifth of its kind that Finland, Norway and Sweden have organised together. The exercise conducted every second year since 2013 is this time led by the Norwegian Air Force that is responsible for planning and direction of the training event. This is the first year Denmark will be contributing to the planning stage of the exercise.

The ACE 21 host bases are located in Bodø and Ørland in Norway, Luleå in Sweden, and Rovaniemi in Finland.

In the exercise two daily waves will be flown across Europe’s largest training area above Norway, Finland and Sweden. Flight operations will be conducted during both weeks from Monday to Friday 10-18 Finnish time (9 - 17 Norwegian and Swedish time). The Finnish Air Force is deploying 12 Lapland Air Command F/A-18 Hornet multirole fighters, two Hawk jet trainers and a C-295M transport aircraft to the exercise. Lapland Air Command is the designated air base for the exercise in Finland, supporting 10 German Air Force Eurofighters and two US Air Force KC-135 Stratotanker aerial refuelling aircraft.

Besides the reduced number of participants, all recommended coronavirus precautions such as quarantines, coronavirus testing and grouping personnel into smaller units will be taken.

Finnish Air Force to participate in Luftförsvarsövning 21 in Sweden 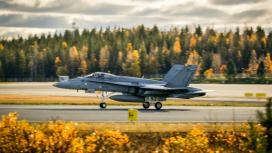 The Finnish Air Force will conduct the Ruska 21 air operations exercise on 4‒9 October 2021. Fifty aircraft and around 3,300 personnel will take part in the service’s main exercise at different locations across Finland. The Swedish Air Force will also participate in Ruska 21.
21.9.2021 | 11.00

The Finnish, Swedish and Royal Norwegian Air Forces will host the fourth multinational Arctic Challenge Exercise from 7 to 18 June 2021. ACE 21 will be conducted with special measures