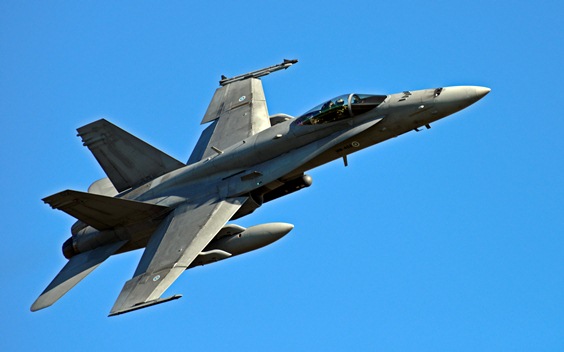 Air policing is directed by the Air Operations Centre (AOC) collocated with the Air Force Command in Jyväskylä–Tikkakoski.

The monitoring of territorial integrity extends hundreds of kilometers beyond the nation's borders. Tools for this purpose include mobile and fixed air surveillance radars and other sensors located across the country. Surveillance data is fuzed and analyzed under AOC direction.

An identification mission is launched when necessary.

Fighters are kept on quick-reaction alert (QRA) duty as directed by the AOC. The locations of QRA aircraft, duty periods, and response times are tailored to meet existing requirements and in accordance with the prevailing situation. In addition to the Air Force's main operating bases, QRA aircraft may by rotated between civilian airports and other temporary operating bases.

If an airborne target is detected within or approaching Finnish airspace and cannot be identified by flight plan correlation using data from civilian air traffic control agencies or by other available information, the AOC may scramble a fighter to intercept and identify the traffic.

The identifying pilot determines the nationality and tail number of the target and prevents it from infringing Finnish airspace if necessary.

In international airspace, actions that the intercepting pilot may employ are identification and notification. An unidentified aircraft intercepted in Finnish airspace may be directed to reverse its course or land, or it may be warned either by radio or by firing a warning burst. Use of force is prohibited unless authorized by the Ministry of Defence or for self-defense.

The intercepted aircraft and the conduct of the identification mission are documented using the intercepting pilot's hand-held camera and other means, and air surveillance radar and other sensor data of the mission are saved for retention.