The Finnish Air Force will take part in Ramstein Alloy 2019-2 with two F/A-18 Hornet multi-role fighters from 25 to 27 June. 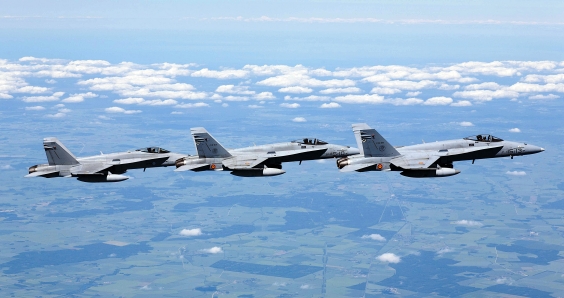 During Ramstein Alloy 2019-2, the Finnish F/A-18s will operate out of Rissala Air Base, Finland. In between the training missions, the aircraft will visit Ämari Air Base in Estonia, and return to Rissala at the end of the day. The training missions will take place in the international airspace above the Baltic Sea and in Finnish, Estonian, Latvian and Lithuanian airspace.

In addition to the Finnish F/A-18s, aircraft from the Air Forces of Sweden, Norway, the United Kingdom, Germany, the Netherlands, Poland, Lithuania, Hungary and Spain, as well as an AWACS from the NATO E-3A Component, will fly in the exercise.