The Midnight Hawks is the official aerobatic team of the Finnish Air Force. The team with its four Hawk jet trainers has proudly presented the consummate flying skills of Finnish military pilots in air shows in Finland and abroad since 1997.

The 2019 air show season is underway. The Midnight Hawks’ new routine will showcase their signature tight Diamond formation - the four jets flying various aerobatics maneuvers mere metres apart from one another. In addition to the Diamond, the flight demonstration will feature trail formation flying, the Big T, and the Swan. The descending Barrel Roll, Twist, and Barrel Roll around the leader, seen previously last year, will also this year be among the maneuvers guaranteed to make for a captivating display. Besides tight formations, close passes and spectacular splits will be seen in the routine. At its lowest, the flying altitude will be 100 metres, and the speed will vary between 200 and 800 km/h. All Midnight Hawks pilots are qualified air combat and Hawk flight instructors at the Air Force Academy, rehearsing aerobatics on top of their teaching responsibilities. Formation aerobatics require grueling training and commitment, yet being chosen as a member of the Midnight Hawks is an honour no one can turn down.

Midnight Hawks Team for the 2019 Season

The Midnight Hawks’ team composition has undergone some yearly changes. Two previous season’s display pilots continue on the demonstration team: the new team lead Captain Vesa Loukko and the slot pilot Captain Tapani Parvio. The new wingmen are last year’s No. 7 Captain Juho Tervahartiala and solo pilot Captain Eero Mannismäki. Team supervisor Captain Heikki Kankkio, one of the previous season’s wingmen, and new team member Captain Oskari Tähtinen complete the lineup and serve in supporting roles. Kankkio’s task is to provide on-the-ground support for the display routine and formations as well as ensure flight safety. Tähtinen is the season’ rookie pilot, who is getting to know how the team works and responsible for describing the Midnight Hawks’ maneuvers during air shows this year. Flight operations of the Air Force, including the Midnight Hawks’ aerobatic displays, would not be possible without the support and tireless efforts of the aircraft maintenance personnel. Senior Engineering Officer Captain Kimmo Hantula, Midnight Hawk No. 10, is in charge of the maintenance and upkeep of the four display and one backup aircraft. A six-person crew selected from the personnel of Aircraft Maintenance Squadron 41 assists him by carrying out the maintenance duties.

Only position No.1 is earmarked and will always be held by the team leader, who has several years of flying experience with the Midnight Hawks under his belt.

The new demonstration pilot spends the first season in position No. 7 to get to know how the team works and gear himself up for formation flying. He does not yet fly in displays. The voice of No. 7 will be heard through the loudspeakers during air shows as narrating the Midnight Hawks’ air routines is one of his duties.

The supervisor is an experienced Midnight Hawks pilot, whose main tasks are to ensure flight safety and develop new display routines. When the display is in full swing, No. 0 can be spotted near the airfield perimeter, talking into a radio transmitter giving instructions to the team leader. 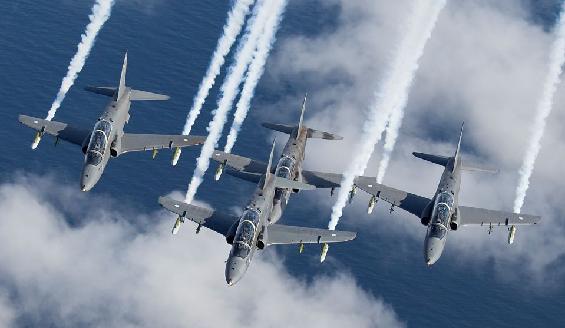 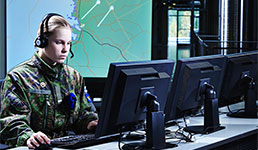 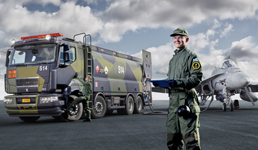 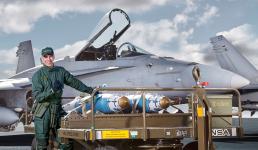 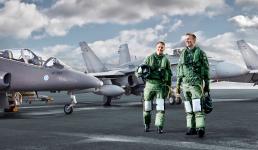