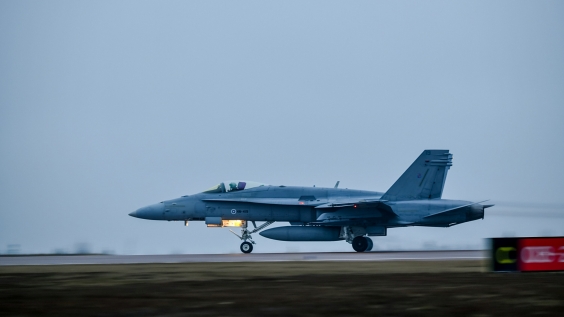 The exercise will involve up to around 12,000 soldiers, sailors, airmen and border guardsmen at a time. The Finnish Air Force takes part in the exercise with F/A-18 Hornet multi-role fighters, Hawk jet trainers as well as Learjet 35 A/S and Pilatus PC-12NG transport and liaison aircraft. Lieutenant Colonel Ville Hakala will lead the Air Force’s participation in Kaakko 19.

Lieutenant Colonel Hakala, what are the Air Force’s objectives in Kaakko 19?

– During Kaakko 19, the Air Force will train the command and control (C2) of air operations as well as its role in the Finnish Defence Forces’ joint fires and target acquisition process. In addition, we will fly aerial target simulation sorties to support the realistic training of Army and Navy troops.

How is the C2 of air operations executed?

– Air Operations Center (AOC) of the Air Force Command (AFCOMFIN) plans and directs the full spectrum of air operations. In addition to the Air Force aircraft, Kaakko 19 will feature Army helicopters and unmanned aerial vehicles as well as Border Guard helicopters and aircraft. AOC will plan and issue Air Coordination Orders, which determine the use of airspace among different actors and, if necessary, set the priorities.

– AOC is responsible also for the C2 of airborne, ground-based and naval air defence assets. Air defence is a joint effort. The Air Force fighters and the Army, Navy and Air Force surface-to-air weapon systems complement each other, and their cooperation is based on a joint recognized air picture. The Air Force multi-role fighters can react quickly to a rapidly developing air threat anywhere in Finland with counter-air operations. On the other hand, different kinds of ground-based and naval air defence assets enable the multi-layered protection of important fixed locations.

What is the role of the Air Force in the Finnish Defence Forces’ joint fires and target acquisition process?

– The Air Force is one of the actors in the use of the Finnish Defence Forces’ joint operating capabilities. Air-to-ground weapon systems enable us to support Army and Navy troops with counter-land operations. Kaakko 19 will test the Finnish Defence Forces’ joint fires and target acquisition process all the way from the Defence Command to the Army JTAC teams on the ground and the Air Force F/A-18s in the air.

– In conjunction with the exercise, the Air Force dropped a short-range precision-guided JDAM bomb at a target designated by an Army JTAC team in the Pahkajärvi Range Area on 22 November. The successful execution of the live JDAM drop is a tangible example of how we train the Finnish Defence Forces’ joint operating capabilities. 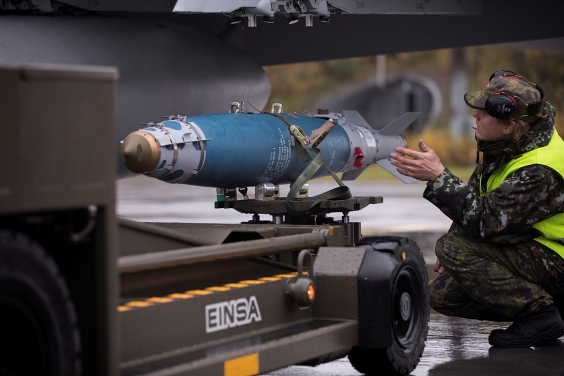 What kind of aerial target simulation does Kaakko 19 include? 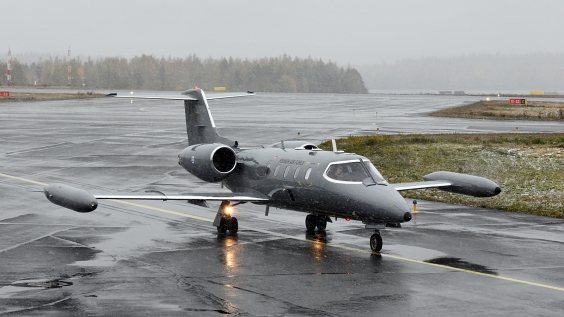