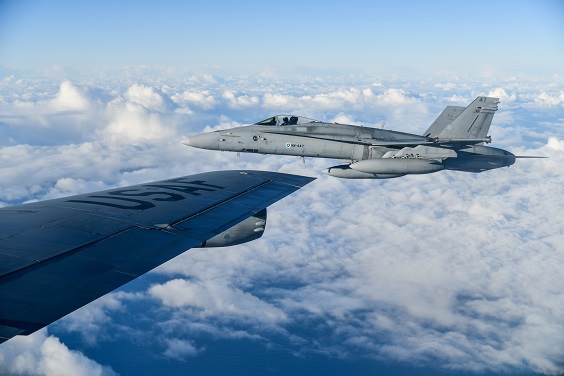 In total, 8-14 Finnish Air Force F/A-18 Hornet multi-role fighters will participate in the training event. The training will be conducted in cooperation with a KC-135 Stratotanker from the 100th Air Refueling Wing, United States Air Forces in Europe (USAFE), based at RAF Mildenhall, United Kingdom.

The training event will take place in the Finnish airspace above the Bothnian Bay south of Oulu from 26 to 28 February. The Finnish F/A-18s will fly from Rovaniemi, Rissala and Pirkkala air bases, while the KC-135 will operate out of its home base, RAF Mildenhall.