The Baltops 20 maritime exercise will take place in the Baltic Sea region from 7 to 16 June 2020. The Finnish Air Force will participate in the exercise with two F/A-18 Hornet multi-role fighters operating out of Turku airport on weekdays between 8 and 16 June. 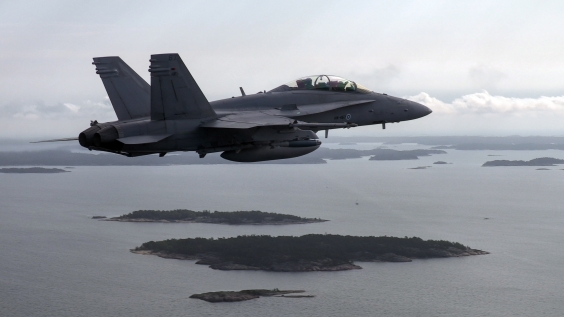 The objective of the Finnish Air Force’s participation in Baltops 20 is to enhance the joint operating capabilities of the Air Force and the Navy, and to train personnel in international cooperation. Operating out of Turku airport enables the Finnish F/A-18 pilots to train cost-effectively with international partners while flying from Finland and observing all the COVID-19 restrictions. The exercise missions will be flown over the southern Baltic Sea and the coast of Latvia on weekdays between 8 and 16 June.

Baltops is NATO member and partner nations’ annual maritime exercise in the Baltic Sea region planned by the Naval Striking and Support Forces NATO (STRIKFORNATO) and led by the United States Naval Forces Europe. Finland has participated in the exercise as a partner nation since 1993.

This year, the Finnish Navy will take part in the exercise with the mine countermeasures vessel Purunpää, which will operate together with the Standing NATO Mine Countermeasures Group 1 (SNMCMG1). The Finnish Navy’s and the Finnish Air Force’s participation in Baltops 20 is a part of the Defence Forces’ international training and exercise plan for 2020, approved by the Finnish Ministry of Defence.