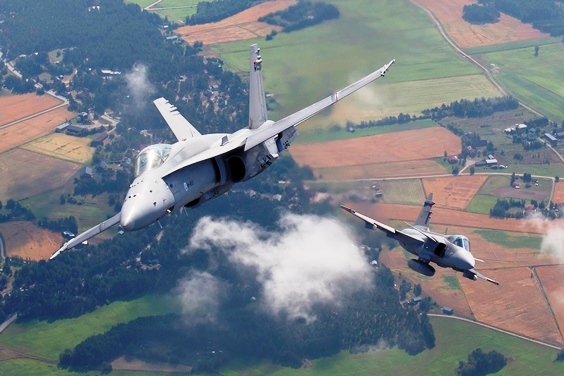 Flygvapenövning is the Swedish Air Force’s annual air exercise focused on training air defence personnel for their national defence tasks. Exercise missions are flown on a 24/7 basis, mainly in the airspace of northern Sweden. Air operations of FVÖ19 will also be conducted in the Finnish airspace above western Lapland.

The Finnish Air Force will deploy 8-12 F/A-18s and circa 180 airmen to FVÖ19. In addition, three NH90 transport helicopters and approximately 30 troops from the Finnish Army will take part in the exercise. In total, FVÖ19 will involve approximately 2,500 personnel. The Finnish F/A-18s will fly in both the defending Blue and the adversary Red forces of the exercise with 4-6 aircraft in each.

The Blue force will operate from Kallax and other air bases in northern Sweden. Participating Finnish Army helicopters will also be based at Kallax. The adversary Red force will operate from Rovaniemi Air Base in Finland. In addition to the Finnish fighters, Rovaniemi will host eight Swedish Air Force Gripen C/D multi-role fighters and 2-3 Saab SFO-operated Learjets specialized in electronic warfare. 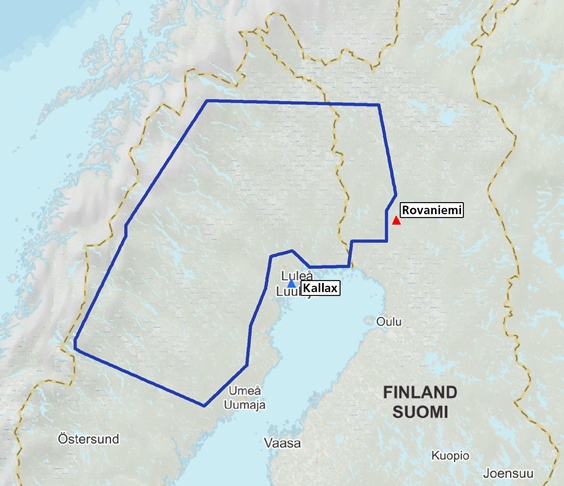