The flight operations of Arctic Challenge Exercise 2017 organised by the Air Forces of Finland, Norway and Sweden will commence on Monday 22 May. As Exercise Director Colonel Petteri Seppälä says, this internationally recognised large-scale and realistic air operations exercise demonstrates the highly advanced cooperation among the Air Forces of the Nordic Countries.

ACE 17 air operations exercise is arranged from 22 May to 2 June and will have over one hundred military aircraft and thousands of personnel from the armed forces of eleven countries. The exercise missions will be conducted in airspace extending over Norway, Sweden and Finland and operated from the bases of Bodø, Luleå and Rovaniemi. 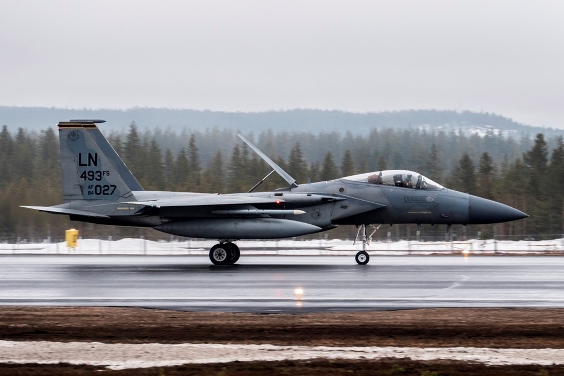 Over 100 aircraft participate in the Arctic Challange Exercise 17. Among them are the United States Air Forces in Europe (USAFE) F-15 multi-role fighters that arrived at Rovaniemi Air Base in northern Finland on May 17th. Photo: Finnish Air Force / Minna Piirainen

Exercise Director Colonel Petteri Seppälä, could you tell us about the exercise and its objectives?

Arctic Challenge Exercise 17 is a unique live air exercise because it has been planned and prepared as a joint effort between the three nations' air forces. It is a real-life example of the excellent cooperation that Finnish, Swedish and Norwegian Air Forces have successfully increased during the last decade. Since 2009 the Air Forces of these countries have organised Cross Border air operations exercises across their northern regions nearly on a weekly basis. In a way the ACE represents an expanded and more complex version of that exercise concept.

The objective of ACE 17 is to improve the capability of multinational units to participate in a wide variety of combined air operations in crisis management.

The Finnish Air Force is the lead nation of ACE for the first time. How does this role differ from the position and functions that the Air Force has had in previous years?

In the earlier ACE exercises Finland has been one of the host nations but not in a capacity of a leading nation with the responsibility for the entire exercise. This will further increase interest in the exercise from the Finnish perspective. ACE 17 is the largest ever combined air exercise that we have led. Both for me personally and for the Finnish Air Force it is a great privilege and honour to have the opportunity to lead an exercise such as this.

However, it is important to note that the exercise is first and foremost a joint effort by Finland, Norway and Sweden and, therefore, the exercise planning and execution wouldn't succeed without the three nations' air forces working together. 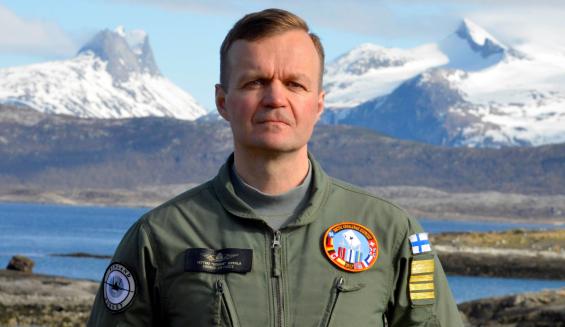 Colonel Petteri Seppälä, Exercise Director. The exercise is this time led by the Finnish Air Force. One of the three ACE 17 host bases are located in Bodø in Norway.

Some participating aircraft arrived at the exercise bases last week, yet the actual flight operations will start on 22 May. What kinds of preparations have been required to execute the large-scale air operations exercise?

The planning and preparations for the exercise have taken a lot of time and it has been a complicated process but on the other hand it has also been extremely interesting. Arctic Challenge Exercise 17 is the third of its kind and, naturally, the earlier exercises with the experience gained and lessons learnt from them form the basis for planning.

The planning of this exercise was launched by the Core Planning Team over a year ago. The team organised and implemented the planning process of the exercise that consisted of three main events. In addition to the main events the multinational working groups have played a key role in the exercise planning. They have been responsible for a major part of the exercise arrangements such as planning of airspace management, mission scenarios, air operations command and control and flight safety issues as well as disposition of the participating detachments in the bases. 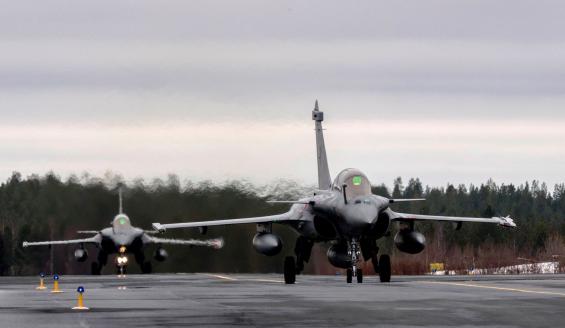 The French Air Force unit participating ACE 17 arrived to Rovaniemi Air Base on Monday 22 of May. Unit operates with three Rafale multi-role fighters and six Mirage 2000 fighters from Rovaniemi base.

The expansion of the exercise indicates that in terms of international interest there is a clear need for a tactical level air exercise to be conducted in northern Europe. Also, the high quality of the exercise planning and execution process shown in previous years' events has definitely increased the interest. The earlier Arctic Challenge Exercises have been conducted expertly and, so, the exercise concept has continuously been improved in a goal-oriented way. Thanks to it, the participating nations have been very satisfied with the benefits gained from the training events.

ACE 17 is a two-week exercise that includes a total of ten flight days (22 to 26 May and 29 May to 2 June). What is the exercise structure like and for what kind of challenges should the participants prepare for during this two-week stretch of flying?

The exercise will, in practice, involve nine flying days with a variety of missions during which the participants practice combined air operations according to preplanned scenarios.