Ruska 19 successfully tested the readiness of the Finnish Air Force

The combat phase of the Ruska 19 air operations exercise ended on 8 October. The challenging exercise was an effective test of the readiness and capabilities of the Finnish Air Force. 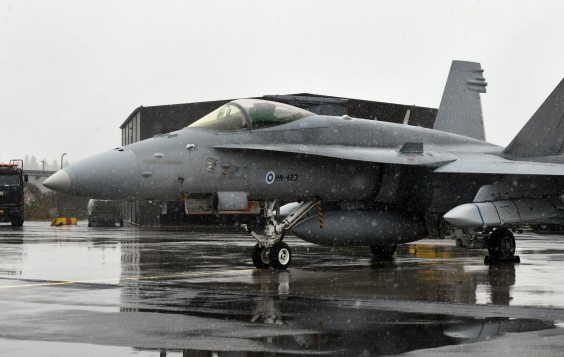 In total, the main live air exercise of the Finnish Air Force involved approximately 60 aircraft and 4,500 airmen. Most of the 2,000 reservists who took part in the exercise returned to their homes on 9 October, and the demobilization phase of the exercise ended on 10 October. During Ruska 19, air operations were executed on a nationwide scale.

Ruska 19 was led by Colonel Juha-Pekka Keränen. Col Keränen, how would you describe the combat phase of Ruska 19 from the exercise director’s point of view?

‒ Ruska 19 was a very successful exercise, which measured the readiness and all the capabilities of the Finnish Air Force. We flew safely more than 900 flight hours with the entire air fleet. In addition, Ruska 19 further deepened our close cooperation with the Swedish Air Force. 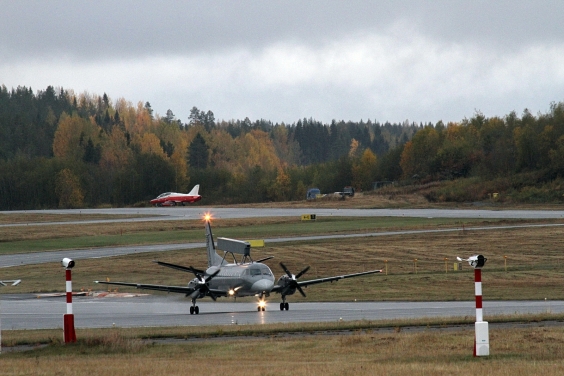 More than 2,000 reservists took part in the exercise. How well did the refresher training succeed?

‒ The refresher training was effective. I am extremely proud of our reservists’ attitude, willingness to learn, and ability to complete their tasks in a challenging environment. During the combat phase, the troops were trained to perform the same duties they would carry out in emergency conditions. This directly enhances our national defence capability, because we need a sufficient number of skilled personnel during emergency conditions. 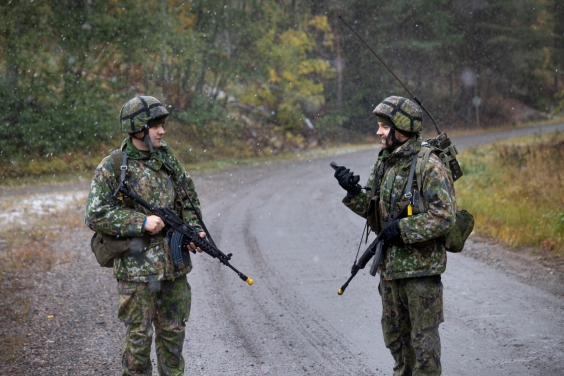 The focus of Ruska 19 was to train the national defence of Finland in accordance with the Finnish Air Force doctrine, which emphasizes mobility. How was this evident during the combat phase?

‒ We kept our aircraft continuously on the move both within the main operating bases and by utilizing dispersed basing. The troops had to adapt to challenging situations, as the bases were targeted with simulated attacks on the ground, in the air and in cyberspace.

‒ As a part of the dispersed basing, the Karelia Air Command set up a dispersed operating base for F/A-18s at Joensuu airport in addition to its main operating base at Kuopio. Later during the combat phase, the ground crews and force protection airmen redeployed from Joensuu to Kajaani, and built the C4ISR systems necessary for carrying out base operations and servicing F/A-18s.

The Air Force multi-role fighters and the Army, Navy and Air Force air defence units complement each other, and their cooperation is based on a joint recognized air picture. The Air Force C4ISR systems have been evaluated during Ruska 19. How have the C4ISR systems worked?

‒ During Ruska 19, we conducted the final assessment of the new Air Force integrated C4ISR system (IITVJ). Based on our analysis, IITVJ will reach full operational capability in January 2020. The evaluation measured the skills of our airmen as well as the documentation and functionalities of the new C4ISR system.

‒ Furthermore, we executed major redeployments of our mobile air surveillance radars. We also successfully plugged Army C4ISR systems into IITVJ as added functionalities. This enabled us to achieve enhanced joint situational awareness on all levels. During Ruska 19, we verified that the Army’s ITO12 NASAMS II FIN air defence assets are fully interoperable with both Finnish and Swedish aircraft via the Link 16 data link. 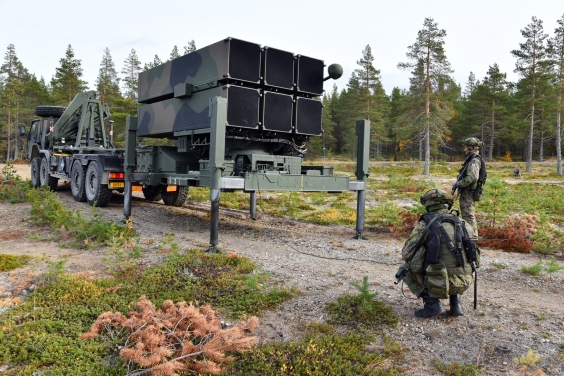 Ruska 19 could be seen and heard in several cities and towns across Finland. Why did the Air Force take into use temporary training areas in the vicinity of the main operating bases?

‒ During Ruska 19, we enhanced the resilience of our main operating bases by setting up multilayered security perimeters and taking into use additional runways for take-offs. Thus, our force protection units operated also on civilian properties outside the gates and fences of our bases. For instance, at Pirkkala Air Base both the taxiway on the civilian side of the airport and the nearby road no. 3003 were used as runways.

‒ The fact that Ruska 19 was seen and heard across Finland demonstrates that we are committed to defend all parts of the country, and that we are an integral part of the surrounding society. It would not have been possible to conduct the exercise in this extent without the seamless cooperation and support of other governmental and municipal authorities. I would also like to thank all civilian residents for their patience with the inconveniences caused by the temporary training areas and road closures. 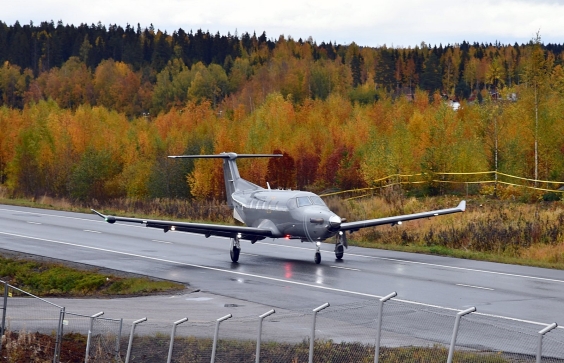