The HX Challenge was defined in the Request for Quotations (RFQ) as one out of the three opportunities for the candidates to demonstrate their capabilities and the validity of the information presented in their responses to the RFQ. For us working in the HX Fighter Programme, the HX Challenge was perhaps the most important of these three opportunities because the event was entirely in our own control and we were able to provide a fair and balanced testing environment in Finland for all the five categories of operations itemised in the RFQ.

We do not have the resources of the great powers, but through a joint effort we could create a comprehensive testing environment here in Finland. Our geographical location and the candidates’ security requirements imposed limitations on the testing of the most sensitive electronic warfare capabilities in Finland. However, we will be able to verify these vital capabilities in the candidates’ main operators’ own test areas and laboratories to such an extent that we can rely on the effectiveness of the tendered capabilities. It is presumable that the candidates will have “aces” up their sleeves, i.e. capabilities that will be released to us only after the procurement decision has been made.

We have emphasized on several occasions that the main purpose of the HX Challenge has not at any stage been to test cold-weather capabilities. Instead, the focus of the event has all along been on systems evaluation in the Finnish operating environment. Low temperatures and freezing cold typically mean excellent flying conditions while late autumn and early winter are usually the most challenging seasons due to moisture, low-light conditions and cloudiness. We must be able to detect targets in the air, on the ground and at sea despite clouds, snow in forest and ice cover in the archipelago and at the same time operate effectively in combat in the middle of the clouds as well as take off and land in icing conditions with low cloud ceiling and limited visibility.

During the planning of the HX Challenge, we had to consider that testing events often feature more stringent weather minimums than operational missions. The upkeep of the testing environment required flexibility because the schedule of the test periods enabled the selection of the most suitable individual tests based on the prevailing weather conditions on a given day. Such flexibility would not have been possible during the HX Challenge without the commitment of our personnel. 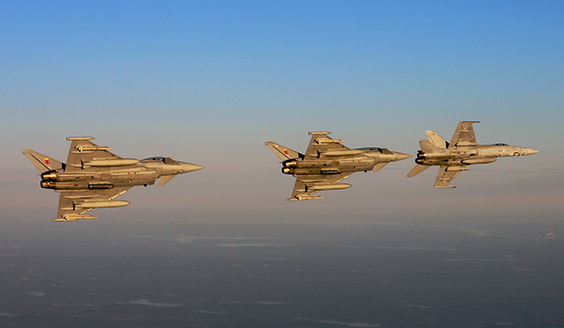 Satakunta Air Command was tasked with the planning and execution of the HX Challenge because the unit is considered to have the broadest tactical know-how and the best expertise in organising such an event. Satakunta Air Command, especially its Air Combat Centre, plays an important role in the assessment of the HX candidates’ military capabilities together with the Air Force Command. Naturally, such an extensive undertaking requires the participation of specialists from all the services and joint agencies and commands of the Finnish Defence Forces, including the Finnish Defence Research Agency, Finnish Defence Intelligence Agency, Defence Forces Logistics Command, Electronic Warfare Training Centre as well as the services’ combat centres.

In addition, operational units from all services took part in the HX Challenge with their expertise and main equipment. Therefore, the event featured a broad selection of Finnish Defence Forces equipment and systems. Cooperation with civilian authorities was essential, and we received significant support from them. The execution of the tests would not have been possible without flexible cooperation with Air Navigation Services Finland, Finavia, the Police, the Customs, the Finnish Transport Infrastructure Agency and Traficom. 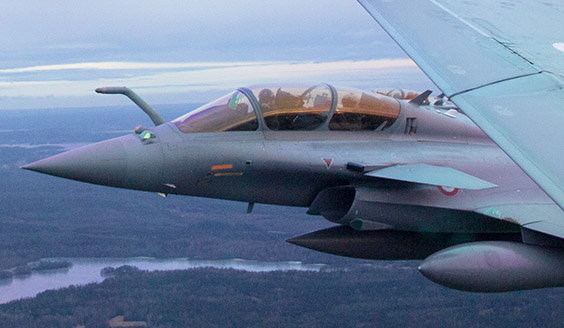 The most comprehensive testing activity took place at Halli Air Base

The flight test area covered the airspace between Oulu and Tampere. Test flights were flown also in the direction of Turku in southwestern Finland, and a part of the target aircraft operated from Rovaniemi Air Base in Lapland. This arrangement made it possible for us to verify, for example, the candidates’ sensors’ detection ranges at greater distances. Other test areas were set up at Lohtaja, Halli, the Turku archipelago, the Bothnian Sea, Upinniemi and Parolannummi. The most comprehensive sensor measurement and target area was established in the vicinity of the Halli Air Base because the area enabled to have a long-term testing environment without compromising operational security. 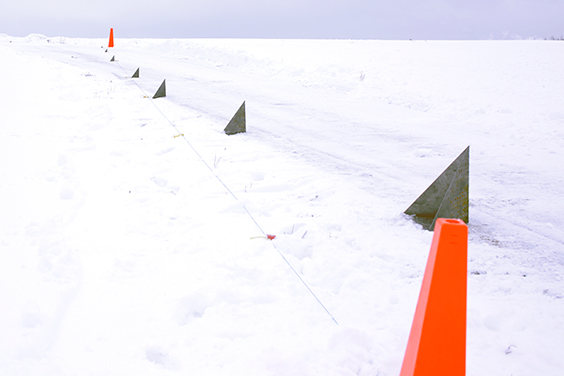 The testing environment at Halli Air Base featured e.g. Army combat vehicles, C5 systems, air defence and radar systems in order to verify the candidates’ operational efficiency, and it had also a separate instrument field to measure the precision and resolution of the candidates’ radars and electro-optical sensors. The candidates’ capabilities to network and share situational awareness, and their digital interoperability with our F/A-18s, air defence systems, JTACs and Navy vessels were verified in practice. In addition, we tested their landing and taxiing performance on partly frozen runways and taxiways. 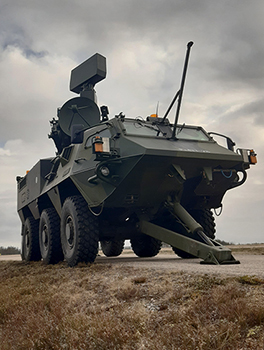 Counter-air tests concentrated on verifying the candidates’ weapon systems’ serviceability and sensor fusion. The performance of each sensor - detection range, resolution and retention of tracks with the targets manoeuvring or employing countermeasures - was evaluated in relation to the performance values reported by the manufacturers. Targets included F/A-18C/D Hornet multi-role fighters, Hawk jet trainers, target drones as well as ground-based and naval air defence assets.

Counter-land operations emphasise the capability of the Air Force to support the Army with target acquisition and air-to-ground fires. The aim of the HX Challenge was to verify three different ways to execute a counter-land operation: 1) autonomous target acquisition and air strike, 2) an air strike on a target designated by a JTAC, and 3) an air strike on predetermined targets. Research questions included the following: is the target data relayed correctly to the weapon system; how easy and quick it is for the pilot to prepare the weapons; does the aircraft’s sensor information enable the pilot to identify the target correctly; and do the systems produce an automatic target identification.

Counter-sea capability means that the Air Force must be capable of supporting the Navy with target acquisition and fires. The aim of the HX Challenge was to verify the candidates’ ability to execute an independent strike in cooperation with the Navy in the partly ice-covered Finnish archipelago and in the open sea. Research questions were virtually identical with those regarding counter-land operations. Sharing of target data and networking were involved in the verification of situational awareness capabilities.

Long-range strike differs from the other categories of operations in that the preparations are made before each operation and mission data is loaded to the aircraft during a mission briefing. When airborne, the aircraft can be provided with more specified target data via data link if necessary. The most important thing is that target data and other mission data are transmitted correctly to the aircraft, and the pilot receives the necessary information about the launch area and possibly also the launch time.

Intelligence, surveillance, reconnaissance and target acquisition capabilities were verified both with active and passive methods. Research questions included the following: what is the candidate’s capability to identify and locate electronic signals; what is the aircraft’s capability to produce situational awareness of the target area with its own radar, electro-optical sensors and electronic support measures; and how capable the aircraft is to share situational awareness or target data in real time. In addition, we evaluated the post-flight usability of the data gathered during the mission. In a combat situation, it is vital to know whether the sensors produce sufficiently precise data on both stationary and moving targets, and whether it is possible to utilize the target data in accordance with the requirements of different weapons and weapon systems.

The HX Challenge did not involve the testing of the candidates’ operational arming and maintenance activities according to the Finnish Air Force doctrine. However, these performance values will be verified by operational units later on. Naturally, the specialists did follow and discuss the line maintenance procedures and associated requirements during the HX Challenge. 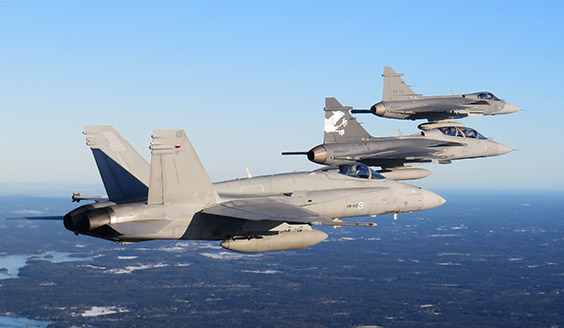 Best and final offers before the end of 2020

Finally, I would like emphasise that the HX Fighter Programme is still a long way from the Defence Forces’ final procurement proposal. We can start the final comparison of the tenders only after we have received the legally binding best and final offers from the candidates at the end of 2020. In order to reach the final capability assessment stage, the candidates have to pass the following decision-making areas: security of supply, life-cycle costs and industrial participation. Our Design-to-Cost model aims to maximise the HX’s military capability within the budget. However, each change in the HX packages is likely to have an impact on the decision-making areas, meaning that we have to look at the big picture when optimising the tenders with the manufacturers.

This spring, the last round of the HX negotiations is very important for making the decision on the procurement because we have to be able to negotiate the best and final offer with each of the candidates. During the HX Challenge, the experts of the Air Force Command and Defence Forces Logistics Command were preparing for the subsequent negotiations by studying the candidates’ responses to the revised Request for Quotation (RFQ). The specialists of the industrial participation decision-making area are designing solutions with the guidance of the Ministry of Defence in close cooperation with the experts of the security of supply decision-making area. The commercial working group of the Defence Forces Logistics Command prepares a draft agreement with each candidate, and also guides and monitors that the HX Fighter Programme proceeds in compliance with procurement legislation and regulations.

The evaluation of each HX candidate’s military capability still includes the third verification week which will be carried out in early autumn after summer holidays. After this phase, we will begin the final compilation and analysis of the data. Once this has been completed, we will initiate the actual assessment process starting with systems and capability assessments. The objective is that we can proceed to the operational assessment as quickly as possible once we have received the best and final offers. It means that we need a quick and reliable process to check all the data, and that we have fully accomplished the two previous assessment phases with their modelling and simulation tasks. 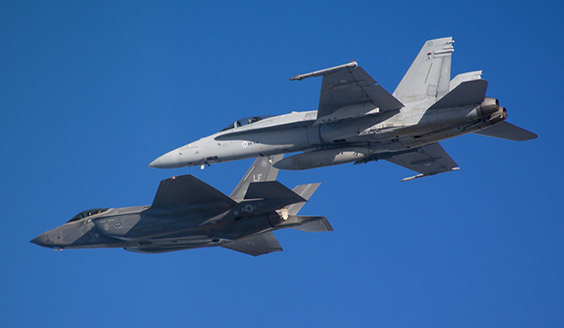 Thank you for a job well done

I would like to thank all the services as well as joint agencies and commands for their support to the HX Challenge. It would have been impossible to carry out the testing and evaluation event without everyone’s participation. About two hundred personnel, led by Satakunta Air Command, enabled the operation of the testing environment. Furthermore, all the airmen of Satakunta Air Command were committed to providing Host Nation Support to the candidates at Pirkkala Air Base. The HX Challenge took quite a while - from mid-December to the beginning of March - including preparations, trial runs of the testing environment, the actual evaluations as well as the debriefings and redeployments. Satakunta Air Command and all the supporting units completed their tasks with flying colours, and the feedback we have received from the HX candidates has been even too positive - as we Finns are inclined to think. 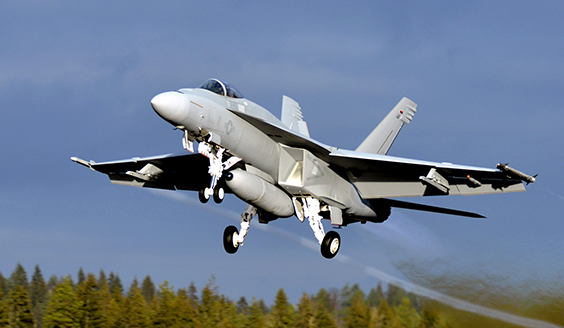 Video footage of the HX Challenge is published on YouTube: https://bit.ly/hxchallenge-video