International co-operation improves Finland’s defence capability and is part of the daily activities of the Air Force. The United States is an important partner for Finland, and training with the U.S. National Guard gives us an opportunity to draw best practices and share experiences. 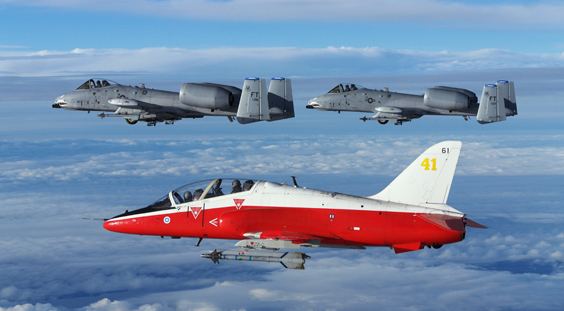 Autumn 2015 marked the first time when Hawk jet trainers of the Finnish Air Force undertook training missions with A-10s from the United States.

The Finnish Air Force will carry out training missions with A-10 attack aircraft of the U.S. National Guard, focusing on air combat training and air-to-ground operations training. The flight operations will take place in Finnish and international airspace.

The participating A-10 attack aircraft belong to the 104th Fighter Squadron, part of the 175th Wing of the Maryland Air National Guard. They will be visiting Estonia for exercise purposes in August. The Finnish Air Force will be represented by F/A-18 Hornet multirole fighters and Hawk jet trainers, a total of six aircraft. Additionally, Army troops will take part in joint  air-to-ground operations training.

The flight operations will be conducted on weekdays between 8 am and 6 pm, mostly in designated exercise areas located in Southern Finland. Although the A-10s will mainly be using Estonian air bases during the exercise, individual aircraft will also visit FiAF bases.