The impressive and skilful Hornet solo is one of the highlights of many aviation events. During this season Captain Tapio Yli-Nisula from Lapland Air Command has the honour to assume the rotating duty of the Air Force's display pilot. 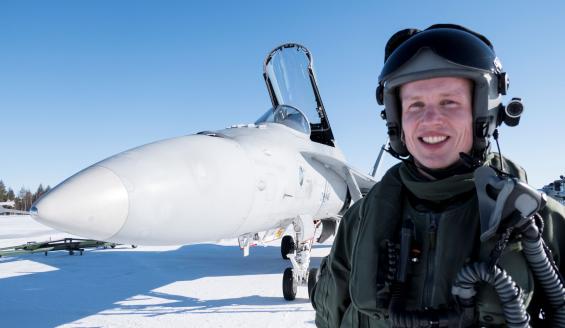 The F/A-18 Hornet solo routines offer the public a real possibility for getting closer to admire the capabilities of the multi-role fighter and the professional skills of the Finnish military pilot. This year the Hornet solo can be seen at the Careers in Military Aviation Days organised by the Air Force units and at air shows in Finland and abroad. A substitute for main display pilot Yli-Nisula is Captain Lauri Mäkinen from Karelia Air Command.

Now we take a closer look at Captain Yli-Nisula and this season's display:

Tell a bit about yourself and your career in the Air Force. How did you become a Hornet pilot?

I'm 34 year old and I'm from Kuortane, southern East Bothnia. Kuortane is situated quite near Kauhava so, at that time, we saw a lot of Air Force's aircraft flying in the sky. I got interested in the planes operating above my home and decided to apply for military service as a pilot in the Air Force. I was accepted and on that way I'm still. I've worked at Lapland Air Command now for around ten years. And at the moment I'm a deputy flight commander and flight instructor.

How did you end up the Hornet display pilot 2017?

I was last year accepted as a substitute for the main pilot because I had enough experience and I was of the right age. The role of the main display pilot is a logical follow-up to my last year's duty.

What is the Hornet like as a display aircraft? In which way are its special characteristics and capability seen in display flying?

The Hornet is very well suited for display flying because it has high manoeuvrability at low altitudes. You can fly with the Hornet splendid manoeuvres of high angle of attack better than with many other aircraft types.

How do you prepare for the display season and each display?

As the main display pilot I'm responsible for planning the season's routine. I've used the favourable features of the last year's routine and combined them with the highlights of the previous seasons' routines in order to get a different display for this year, yet based on the last season's routine. Before each display I go over the whole routine and the manoeuvres that are the most challenging for me. Also, I follow the weather if it could have any effect on the display.

Please tell us a little what kind of routine you have.

Excellent, of course! A new manoeuvre will be a Frisbee. It has not been performed earlier by the Finnish Hornet.

What is the Hornet solo manoeuvre you like most?

I think the Frisbee. It is a nice manoeuvre to fly and, besides, I'm sure not many aircraft types can even do it. 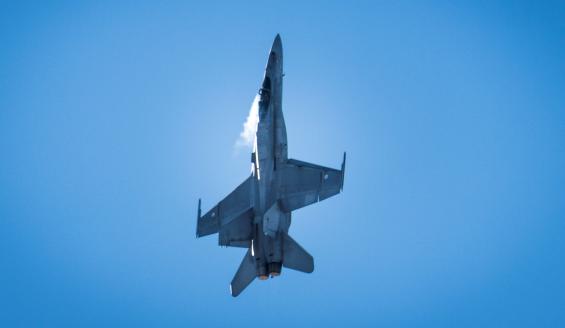 And what is the best venue for you to display?

The place itself isn't so important. However, the major events are more exciting because they attract plenty of spectators. On the other hand, I also like rehearsing the routine although there aren't any spectators.

Which aircraft type's displays would you like to see?

It would be nice to see the routines and manoeuvring of the most advanced and modern aircraft from both the East and West. Unfortunately, they can usually be seen on display only at the largest air shows in Europe.

Why is this year's Hornet solo worth viewing?

Just because it is spectacular. The public has rarely the opportunity to witness the skilful manoeuvring of the Hornet so close. And the events at which the Hornet solo is displayed offer also many other interesting aviation related attractions to see and experience.

Read also: Air Force´s Displays in Finland and Abroad in 2017 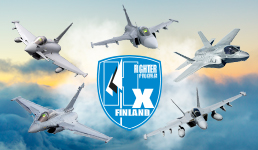