Since 2016, Finnish Air Force F/A-18 multi-role fighters have been capable of carrying air to ground weapons. During Ruska 2017 Air Operations Exercise the exercise troops familiarize themselves with all aspects of planning and execution operations including air-to-ground missions. 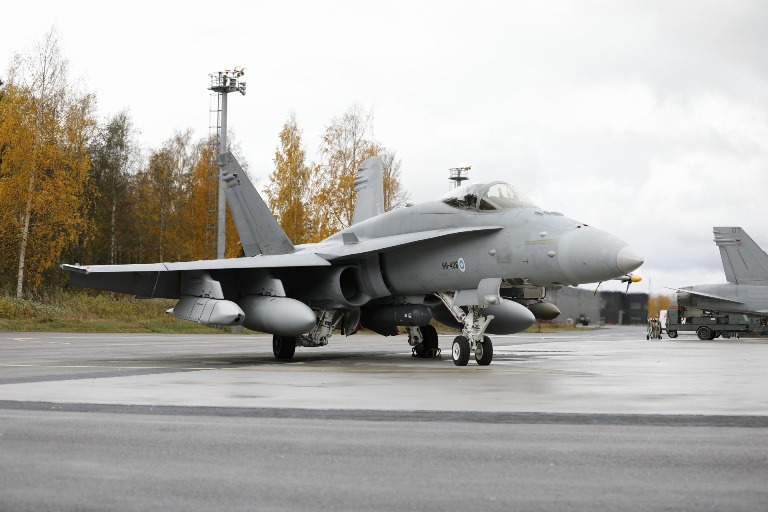 Protecting Finland’s population, critical infrastructure of the nation and the troops and capabilities of the Finnish Defence Forces from attacks from the air is the main mission of the air defense of Finland.

The air defense of Finland, led by the Finnish Air Force, is based on Defensive Counter Air missions performed by combat aircraft supported by Ground-Based Air Defence units with both airborne and ground-based capabilities equally important to mission success.

From late 2016, a new type of mission capability has been added to the Finnish Air Force as its the F/A-18 C/D Hornet multi-role fighters reached Full Operational Capability for the use of precision-guided air-to-ground weapons. As a part of the Mid-Life Upgrade 2 (MLU 2) programme that ran from 2012 to 2016, the short range guided bomb JDAM, medium-range glide bomb JSOW and the long-range JASSM standoff missile were integrated to the F/A-18 fleet.

During Ruska 2017 air operations exercise the exercise troops familiarize themselves with all aspects of planning and execution operations including air-to-ground missions. 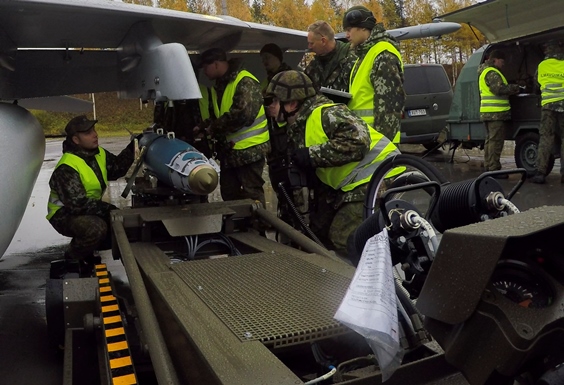 The weapon inventory enables the Finnish Air Force to support all three branches of the Finnish military, the Army, the Navy and the Air Force with the ability to strike various types of ground targets from a distance up to several hundred kilometers. The F/A-18 with the air-to-ground capability is a flexible and fast platform for delivering firepower even during surprising and fast-developing military crises.

The air-to-ground capability of the Finnish Air Force contributes to the Defense of Finland in several ways. One of its important effects is the fact that the potential attacker needs to take into consideration the defender’s ability to strike its units and their staging areas from a distance – something that an air defence force with only Defensive Counter Air and Ground Based Air Defense capabilities is unable to do.