From mid-November, the Finnish air force is set to fly combined air combat training missions with Swedish air force aircraft and assets of Baltic-based French and German detachments. The weekly missions are scheduled to continue for the remainder of the year. 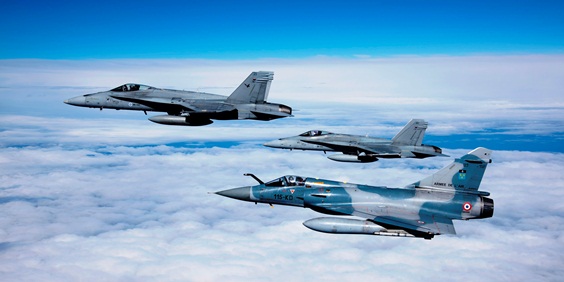 The mission objectives are to offer opportunities for dissimilar aircraft combat training and improve the participating airmen's skills for working in a multinational environment.

The missions will be conducted in the airspace of Finland and Sweden and in international airspace. Participating multirole fighters include German Eurofighters and French Mirage 2000s based in the Baltic states, along with Gripens of the Swedish air force. The Finnish air force will send up from two to four Hornet multirole fighters or Hawk trainers on each mission. Participating aircraft will operate from air bases in Finland, Sweden, and the Baltic states.

Flare countermeasures deployed by exercise aircraft may be seen as bright spots of light in the sky.

The missions will be flown between October 17 and December 31. Flying will take place on working days between 10 a.m. and 8 p.m. Most flying in Finnish airspace will be within training areas between Tampere, Jyväskylä, Oulu, Kokkola, and Seinäjoki.