Commander of the Finnish Air Force Major General Pasi Jokinen and U.S. Space Command (USSPACECOM) Rear Admiral Marcus A. Hitchcock will sign a Memorandum of Understanding between Finland and the United States on Space Situational Awareness cooperation on 4 November 2019. 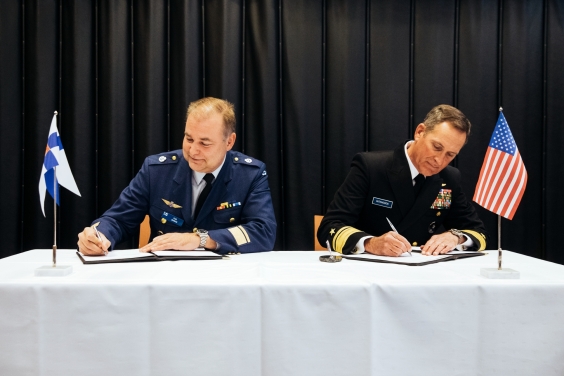 The Memorandum of Understanding sets out the intention to exchange public space situational information between Finland and the United States, for example to protect against space debris and to reduce various collision risks.

The United States is a global key player in Space Situational Awareness and has similar agreements with a number of European countries.

In Finland, the Air Force cooperates with civilian agencies such as the Finnish Meteorological Institute and the Finnish Geospatial Research Institute in order to create and develop national space situational capabilities. The space situational awareness complements the Finnish Defence Forces’ joint situational awareness and provides information on, for example, the location and movements of space objects. By observing space objects it is possible to anticipate the arrival of space debris into the atmosphere.

Finland is already involved in committees and cooperation related to Space Situational Awareness via the European Union and the European Space Agency.