The Finnish Air Force will conduct the Ruska 19 air operations exercise from 1 to 10 October. More than 50 aircraft and approximately 4,500 airmen will take part in the exercise. Also the Swedish Air Force will participate in Ruska 19. 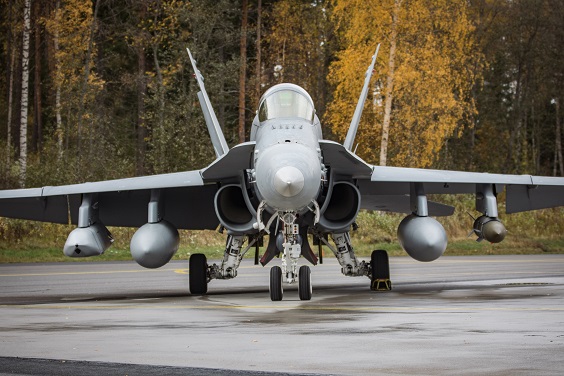 In total, Ruska 19 will involve 4,500 personnel, including approximately 2,000 reservists. All Air Force units participate in the exercise. Furthermore, the Finnish Army will take part in the exercise with troops from the Armoured Brigade and the Utti Jaeger Regiment. Ruska 19 will feature more than 50 aircraft, including 26‒28 F/A-18 Hornet multi-role fighters, 14 Hawk jet trainers, transport and liaison aircraft as well as a NH90 helicopter of the Finnish Army.

Ruska 19 is a part of the Finnish-Swedish defence cooperation. The Swedish Air Force will participate in Ruska 19 with eight JAS 39 Gripen C/D multi-role fighters and an Argus airborne early warning and control (AEW&C) aircraft. The Swedish aircraft will fly in both the defending and the adversary units of the exercise.

Since 2016, the Finnish and Swedish Air Forces have participated in each other’s main air operations exercises focused on national defence as a part of the bilateral defence cooperation between the two Nordic nations. In March 2019, the Finnish Air Force F/A-18s took part in the Swedish Flygvapenövning 19.

The Ruska 19 exercise missions will be flown primarily out of the Tampere, Kuopio, Rovaniemi and Jyväskylä air bases. In accordance with Finnish Air Force doctrine, aircraft will also be dispersed to temporary bases, which will be established at the airports of Halli, Joensuu, Kajaani, Oulu, Pori and Vaasa. The Swedish aircraft participating in the exercise will operate mainly from Kuopio Air Base in Finland and Luleå Air Base in Sweden.

The exercise missions will be flown in an area bordering on Rovaniemi, Kuusamo, Kajaani, Kuopio, Jyväskylä, Tampere, Vaasa and Luleå in Sweden. For the entire duration of Ruska 19, troops will be moving on foot and in vehicles in the vicinity of the bases. Ground-based air defence units participating in the exercise will operate in the Lohtaja Range Area and at Kuopio Air Base.

Ruska 19 will involve low-level flying and supersonic flights, which can be heard as sonic booms on the ground. The aircraft partaking in the exercise will deploy countermeasures such as flares and chaff. Flares may be seen as bright spots of light in the sky, and chaff may cause echoes on weather radar.

The flight operations of Ruska 19 will begin on 1 October at noon and end on 8 October no later than 6 pm. The most intensive phase of the exercise will be 4‒8 October, when flight operations are scheduled to take place between 8 am and 10 pm each day. 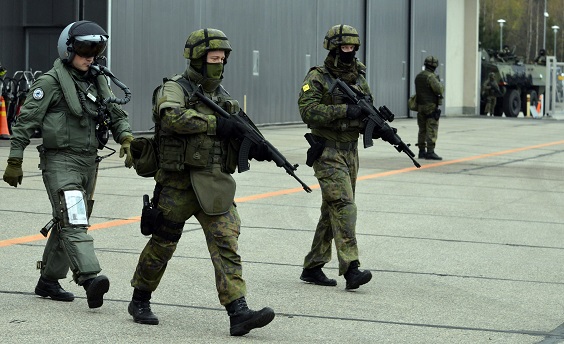 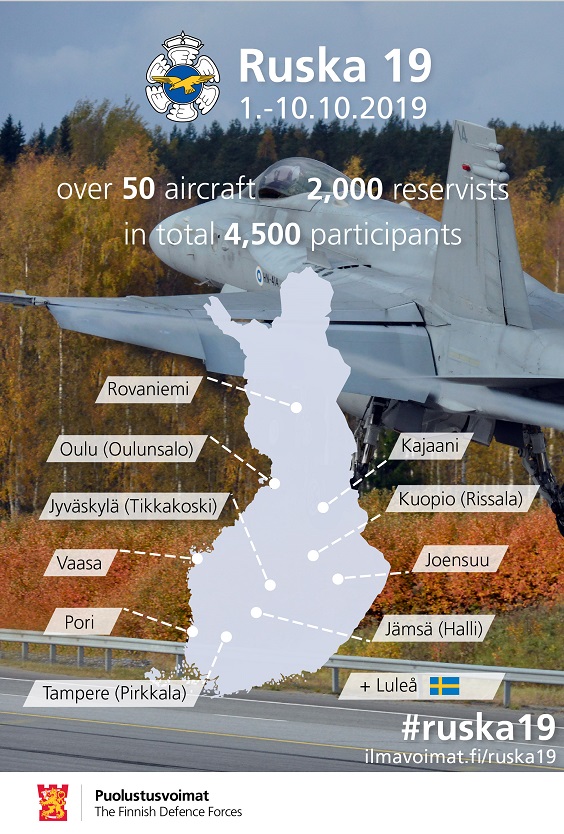